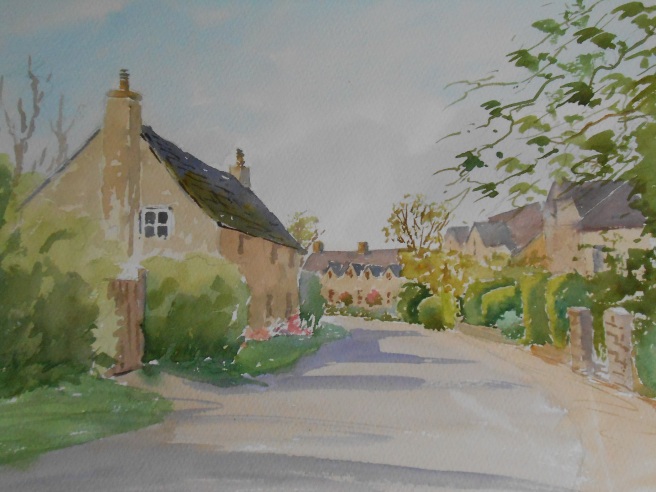 Many people remember Adlestrop, the name, thanks to a poem by Edward Thomas, a First World War writer. In 1914 Thomas was on a train which paused at the local station and jotted down a few lines about how absolutely nothing happened.

A lot of people read the poem at school, and are often surprised that Adlestrop is a real place. Yet here it is. Sitting quietly on the edge of Gloucestershire. Others may know of it through another writer, Jane Austen, who came here to visit her cousins, the Leighs.

Edward Thomas never alighted from his train, so would not have known the village, He did not survive the war and thus never returned.  Jane Austen, who visited a great deal earlier, would probably still recognise it.

As in the poem, nothing much still happens here. Walking through it recently I met two other visitors. Apart from them the only sign of life was a postman buzzing around in his van. There must have been other visitors since Thomas wrote ‘No-one left and no-one came’ ?

There are still ‘cloudlets in the sky’ and blackbirds still sing in this corner of England, but alas the Station where Thomas paused is no longer. Only the nameplate remains, moved to the only bus stop in the village.

The day I was there, no-one left and no-one came by bus either.

I am an artist and teacher based in the Cotswolds, United Kingdom. View all posts by grahamfindlaywatercolours